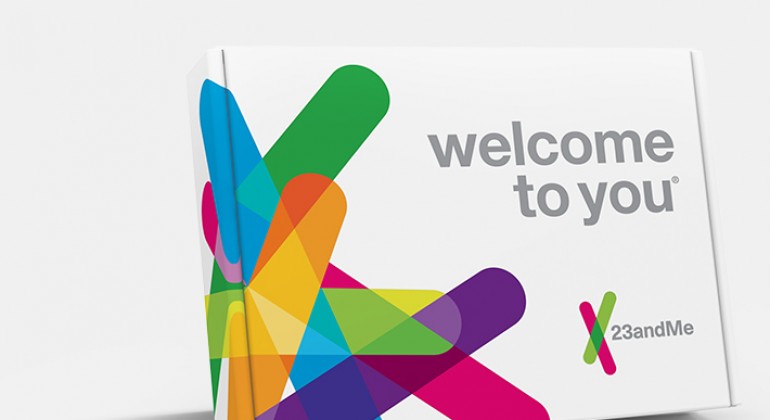 As of this week, Mountain View based 23andMe will no longer offer health-related results and reporting from its genetic tests.

They indicate they will still continue to sell the testing kits online as they work to come in compliance with the FDA’s requests.  Customers will receive “raw genetic data without interpretation”

23andMe seems to have made a marketing misstep by ramping up their marketing activities and launching a high-profile direct-to-consumer TV ad campaign in August “Portraits of Health” which include patients making important information about their health and risks for certain conditions.   They boasted that the report include “240+ health conditions and traits” and made health claims directly to patients.

At the same time appears that 23andMe may have gone silent in their communication with the FDA in the past 6 months and did not respond in a timely fashion to FDA concerns and data requests. Because they were “behind on their responses” the FDA officially declared any previously submitted 23andMe applications “withdrawn.”

It may be possible that 23andMe could have never produced data in a shape that would have met FDA expectations philosophically or scientifically.  Some of the “traditional” expectations of FDA clinical trials, cost and complexity,  are out of step with population based  big-data techniques.  There are likely some political or intentional reasons for actions on both sides, but indications suggest that 23andMe was not focused on the FDA concerns, and may have been too casual or naive with some of their recent interactions with the FDA.

FDA seems to have given 23andMe appropriate benefit-of-the-doubt and leeway over the past five years. Flexibility in the manner they could have generated data and organized study protocols relating to their claims: “The agency provided the company with specific feedback on study protocols and clinical and analytical validation requirements, discussed potential classifications for the test indications, provided statistical advice and discussed ways to manage potential risks associated with the test kit,”  accruing to FDA spokesperson Susan Laine.  But 23andMe failed to start evidence gathering and studies that FDA requested.  It seems this was not the focus of their investment and resource efforts while their TV ad campaign spending was.

In terms of the product and report offerings, 23andMe has reported both ancestry data and health data for several years.  Their reports were informative and user interface much improved recently.  Most consumers have been excited to learn about their ancestral history, ranging from how much Neanderthal they have in their family tree and other traits of their history.

On the health side as well , we talked to two patients who were able to, with the assistance of their doctor, select drug treatments that worked more effectively for them using the data in their report.   Without the 23andMe test, the patient and physician would not have been able to explore these care alternatives.

The bigger challenge is related to the 23andMe reported risk estimates and disease alerts.  As 23andMe has gathered more genetic data over time,  patient surgery questionnaires, and statistical analyses of conditions have improved over time. However,  a consumer who received their 23andme test looking a year ago may for example have seen a Glaucoma risk of 18% but would now see that risk as less than 2%.  Other than general broad disclaimers,  size of the trials, statistical significance of the results, underlying reference source of the studies, and the change in risk estimates over-time are not readily available on the visually appealing 23andMe reports.

While the FDA uses the word “accuracy” in their letter — the “analytic testing” quality of individual SNP results does not seem to be the biggest issue with 23andMe service.  After some early missteps and mixups in the quality arena, they are running as a Clinical Laboratory Improvement Amendments (CLIA) laboratory and do have quality processes in place.  They use a custom chip based on Illumina’s OmniExpress genotyping technology. Confirmatory checks of their SNP results against NGS have matched with the results from whole genome sequences.

The bigger challenge is that 23andMe is the “clinical validity” of the tests.  23andMe relies on limited Single Nucleotide Polymorphisms (SNP) markers, in some cases only a small number for a particular genotype, to make broad claims about the risk of Breast Cancer, Glaucoma, Diabetes, Alzheimer’s, Celiac, and other diseases.   The extent of these claims, marketing of such claims, and evidence for these claims seems to be the root of the issue. SNP markers by themselves are likely not enough to make clinically actionable decisions.

At this point, the saliva based test itself is still on the market, and customers can still order and get their ancestry results.  It also seems that customers can still download their raw genetic snp data.  An educated and scientifically savvy patient can still gain insight into their personal biology using the 23andMe test.

From a scientific perspective, laboratory companies who are using Next Generation Sequencing (NGS) techniques, who focus on excellent curation of the genetic studies that are available, and who involve genetic counselors and physicians, are likely to provide better insight and more reliable information for individuals to gain insight about their genetic makeup and making health related decisions.  Many of these companies offer the tests as “laboratory developed tests” (LDTs) and are regulated under CLIA and not the FDA.  Such tests must be ordered by licensed physicians.